From the deep part of the Forest of Magic, here comes the second cute magician! 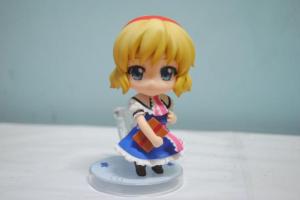 Alice Margatroid is the #10 nendoroid from Touhou Project series, and she’s either the closing of Perfect Cherry Blossom series (Youmu-Yuyuko), or the beginning of Imperishable Night series (with Mokou coming next). And here comes the review, written by none other than your beast who likes to lurk in the net, me! >:3 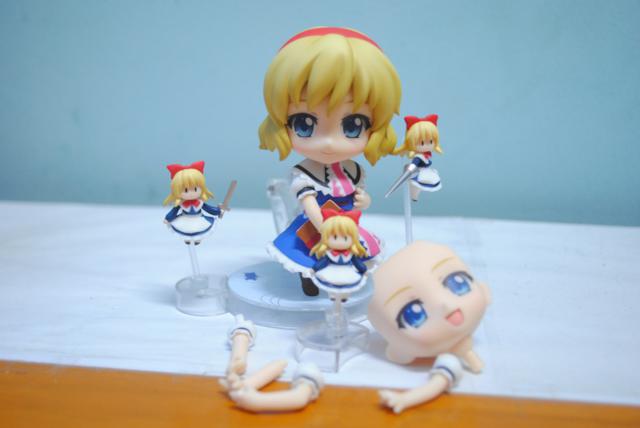 Freshly opening the box, here’s what you got from Alice. One alternate faceplate, one alternate right hand, and three alternate left hand. She also come with 3 dolls, one of which can be used as a earphone jack! There’s also a secret inside the box that I won’t say what is it :3. There’s also her grimmoire, simple and nicely done. 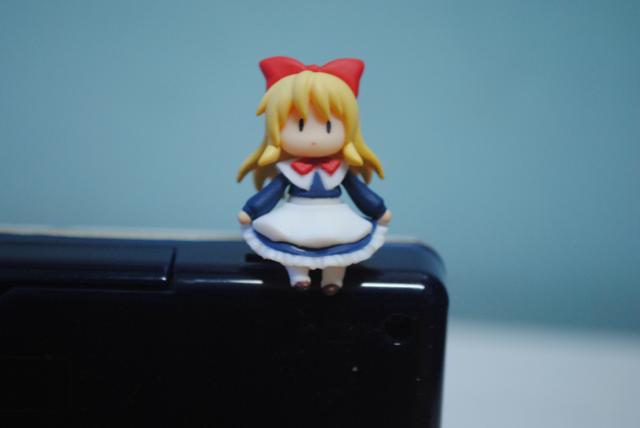 One of the doll, sitting comfortably~ 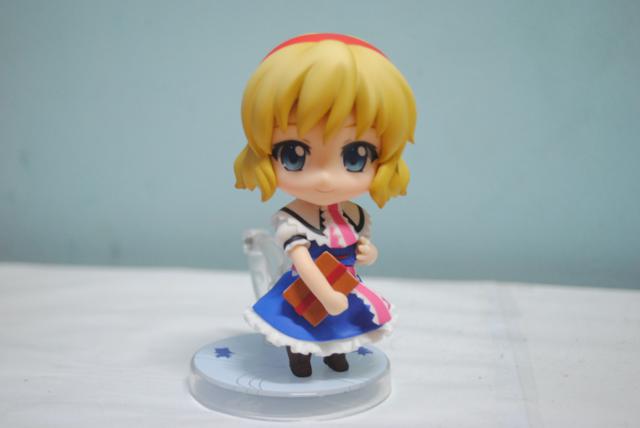 In her nendoroid form, Alice herself has a quite detailed looks. From her hair, hairband (even the frill on her clothes!) I haven’t found any flaws that I can see (in term of paint).

Her stand has a design of doll and some strings on it, quite nice and simple, and really fit for her. 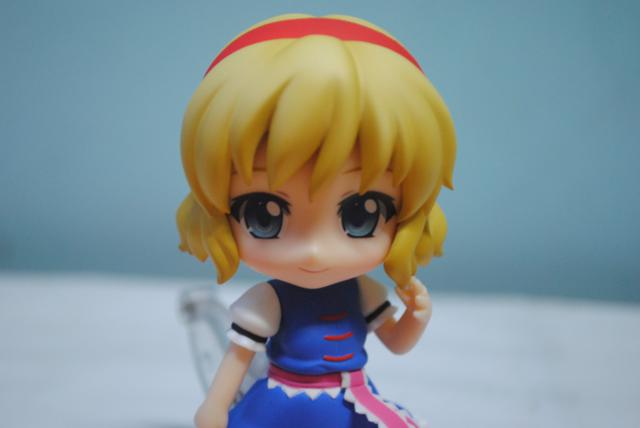 Her muffler can be taken off, but it’ll look weird on some angle due to her neck join visible. She looks nice without her muffler too though, don’t you think so? :3 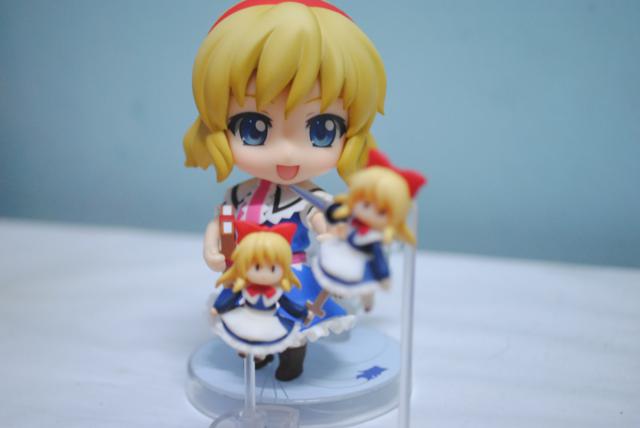 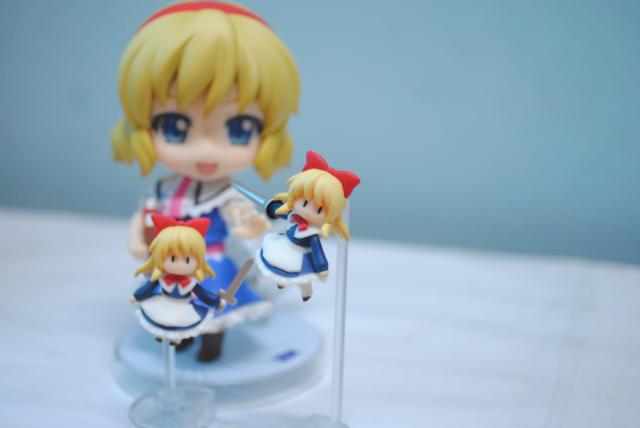 She’s still not perfect though, here’s some flaw that really annoys me ._.

1. Alice only has two faceplates. Really? I thought Marisa was the last Touhou Project nendoroid to have two faceplates only? Well, she got a lot more accessories though…

2. Alice only has one alternate right hands. This is really a preference based, but I rather have a balanced amount of hands…

3. I think this is a unique case, but the glaive holding hand on one of the doll really like to fall off >_< 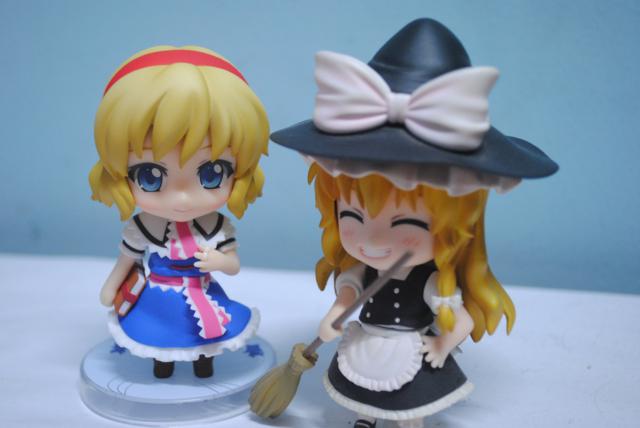 See you in the next review!